The manufacturers have been adding various biometrics to their smartphone security. It can be the fingerprint scanner, Iris scanner, and the latest one is the facial recognition. The Face Unlock feature was first appeared in the Android 5.0 Lollipop version and then changed into the Trusted face. Until the latest Android O, the feature still exists and has become the primary lockscreen feature. You can find this feature on devices running stock Android version like Nexus, Pixel, OnePlus, Essential Phones. But the OEMs have already hidden this feature due to the fact that it’s not too secure. The downside of Face Unlock is that it can easily be bypassed when holding that phone in front of a similar face. The Face Unlock might also be bypassed when putting a picture of the phone user in front of the camera. So, it’s estimated to be less secure than the pattern, PIN, or Fingerprint. But it is still interesting to try this unlock feature, right.

The famous smartphone manufacturers are adding the various Biometrics for the security on their smartphones, such as the Iris scanner on Samsung Galaxy S8/S8+, Note 8, Face Unlock on OnePlus 5T. So this post today will show you how to enable this feature on your Android smartphone.

Also see: Tips to fix your battery drain too fast 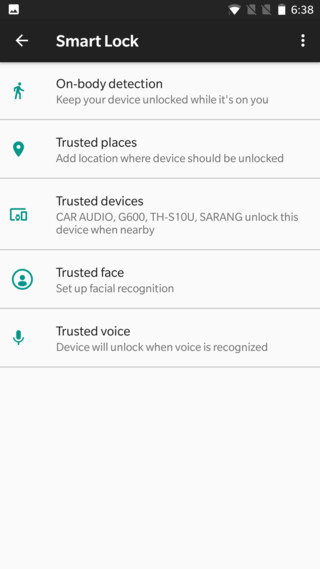 6. Finally, follow the onscreen instructions to record your face data

That’s all! The Trusted face will be activated and become the main unlock feature alongside fingerprint, PIN, etc.