How To Install Android 7.1.1 Beta Update For ZTE Nubia Z11

Before any official Android update version, manufactures usually roll out the beta updates for their device. In this fall, there was a plethora of devices being updated to Android Nougat, including flagships and mid-range devices. The ZTE devices are not behind this trend as the awaited Android 7.1.1 Nougat update is now available for ZTE Nubia Z11.

But it’s still in the beta stage and the final build will be released soon. The new update comes with the change in UI with the Nubia UI 5.0, graphics and other features. It can be downloaded as an OTA update or upgraded manually with the help of computer. If you want to install this update on your ZTE Nubia Z11, here is how you can do this.

Although this is just a beta update for Nubia Z11, it still brings a lot of new features and the new interactive interface for users. As mentioned, it comes with the new Nubia UI 5.0 and FiT technology as well as massive change in graphics.

You can get the update via OTA when it becomes available or you can also perform it manually.

Steps to Install the update via OTA

If you haven’t seen any update in the software update section on your device, you can flash the update manually using computer.

Steps to Install the update manually

To use this method, you will need to download the beta Android 7.1.1 Nougat update for your Nubia Z11 first. You can get it from here.

For the full steps on how to install this latest beta build for your Nubia Z11, click on this link below to get detail:

In conclusion, you should take this chance to become one of the Nubia Z11 testers of Android 7.1.1 Nougat. The official update will be available soon. If you are not in hurry, you should wait for the official build. Also, keep staying tuned at techzai.com for other updates. 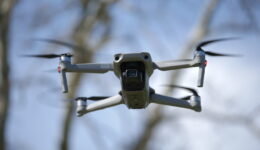 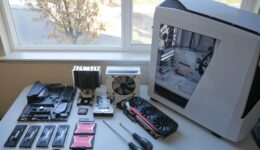 How to Flash Android 8.0 Custom Rom on Asus Zenfone 5